Lyndon B. Johnson’s Remarks at the 12th National Prayer Breakfast

After the November 1963 assassination of JFK, President Johnson had greatness thrust upon him. He reflected on his source of strength, which helped him make his unexpected transition to becoming the leader of the free world as he addressed the nondenominational group of laymen gathered at the Mayflower Hotel in Washington on February 5, 1964: 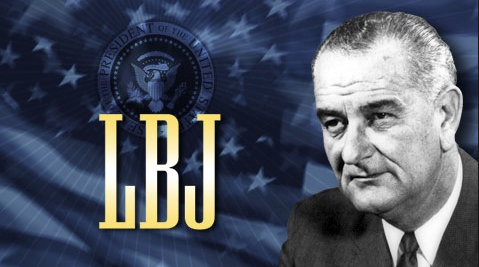 No man could live in the house where I live now or work at the desk where I work now without needing and without seeking the strength and the support of earnest and frequent prayer.

Since last we met, it has fallen to me to learn personally the truth Thomas Jefferson spoke so long ago, when he said:

"The second office of the Government is honorable and easy--"The first is but a splendid misery."

In these last 70 days, prayer has helped me to bear the burdens of this first office which are too great to be borne by anyone alone.

We who hold public office are enjoined by our Constitution against enacting laws to tell the people when or where or how to pray.

All our experience and all our knowledge proves that injunction is good. for, if government could ordain the people's prayers, government could also ordain its own worship--and that must never be.The separation of church and state has served our freedom well because men of state have not separated themselves from church and faith and prayer.

Senator Carlson, I believe that these annual prayer breakfasts serve a most useful purpose in both reminding and reassuring the people that those who hold their trust are themselves godly and prayerful men and Women.

In saying this, there is a personal thought that I would like to express to you: This federal city of Washington in which we live and work is much more than a place of residence. for the 190 million people that we serve and for many millions in other lands, Washington is the symbol and the showcase of a great nation and a greater cause of human liberty on earth.

In this Capital City today we have monuments to Lincoln and to Jefferson and to Washington, and to many statesmen and many soldiers. But at this seat of government there must be a fitting memorial to the God who made us all.

Our Government cannot and should not sponsor the erection of such a memorial with public funds. But such a living memorial should be here. It should be a center of prayer, open to all men of all faiths at all times.

If I may speak this morning as a citizen and a colleague and a friend, I would like to suggest to this group, which has done so much through all the years, that it undertake the mission of bringing together the faiths and the religions of America to support jointly such a memorial here in this federal city--the capital of the free world.

I believe--and I would hope that you would agree--that the true image of Washington is not that of power or pomp or plenty. It is, rather, that of a prayerful capital of good and God-fearing people. (1) 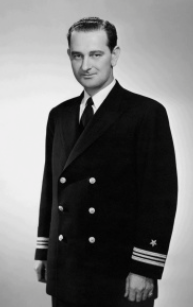 [The President spoke first to the gentlemen in the hotel's presidential ballroom and then to the ladies in the east room.]

I am glad to be with you again this morning at your annual meeting, but I still believe that when the prophet Isaiah said, "Come, let us reason together," he did not have in mind that the men and women should assemble in separate rooms.

Since we last met 1 year ago, all of us in this land have known the need of prayer. None has known that need so keenly as I have. If I may, I would like to relate to you a little personal experience from these days which fortifies anew the great teachings of the Book of Proverbs:

"Train up a child in the way he should go, and when he is old, he will not depart from it."

In my childhood, like your children-had the great blessings of a devout and faithful mother. In our home, as in yours, there was always prayer--aloud, proud, and unapologetic.

Through the long, busy, and sometimes hectic years since, observance of some of that training became irregular, especially the practice of returning thanks before each meal.

But in those first dark days of November, when the pressures were the heaviest and the need of strength from Above the greatest, Lady Bird and I sat down together to eat a meal alone. No word or glance passed between us, but in some way we found ourselves bowing together, and I found myself speaking the words of grace that I had learned at my mother's knees so many years ago.

We of this land have so much to be grateful for. The God above us has been good to us from the very beginning of this Republic.

With the duties which rest upon us, we have much to pray for--that we may, as a nation, be just in our strength, wise in our actions, and faithful in our trust.

The men of public life have a very special debt--a special debt--to the strong women who, as their wives and as mothers of their children, make possible the service of the public trust.

I think the Nation may understand this a little better now since the unforgettable inspiration offered so gallantly before the entire world by the widow of our gallant and beloved President, Mrs. John F. Kennedy.

Ours is a great nation, but we must always humbly remember that much of our greatness in the world is born of the godliness that we practice in the homes that you keep.

I would hope that we might all remember the petition of the father of our Country, George Washington, who urged his countrymen to offer "humbly our prayers and supplications to the great Lord and ruler of nations, and generally to grant unto all mankind such a degree of temporal prosperity as He alone knows to be best." 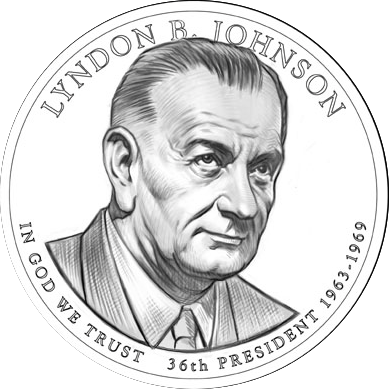 Questions to review and understand President Lyndon B. Johnson's remarks of 1964:

1. Why has the separation of church and state served our freedom well?
2. What useful purpose has the annual prayer breakfasts served?
3. President Johnson believed that the true image of Washington D.C. is not that of power or pomp or plenty, but instead is what?
4. Who has been good to us from the very beginning of this Republic?
5. President Johnson believe that our children should be taught to what?

Use the transcript above to grade yourself. Each question is worth 20 points.

The Chronicles of Susah 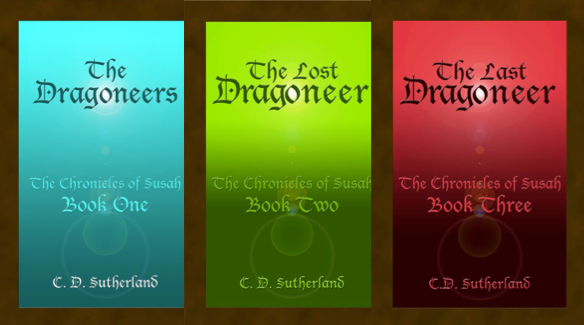 If you haven't already done so, check out my antediluvian novels at Amazon. You'll be glad you did.

If you have read them, then I ask you to consider posting a review wherever you acquired the books. Thanks for reading my books.

They're also available for your Nook and iBook.

Here are answers to the quiz on President John F. Kennedy's remarks of 1961:

1. What were the two propositions of our nation's founders?
- First, a strong religious conviction, and secondly a recognition that this conviction could flourish only under a system of freedom.
2. What principle is required for the principle of religious freedom to have significance?
- Religious conviction: "Religious freedom has no significance unless it is accompanied by conviction."
3. Name the seven religions identified as sharing both principles.
- the Puritans, the Pilgrims, the Quakers, the Catholics, the Presbyterians, the Methodists and the Baptists
4. (True or False) Though previous Presidents came from a variety of religious backgrounds and held a variety of beliefs, each of them placed trust in God.
- True
5. What are the two hallmarks of American society?
- "Religious freedom and religious conviction are the two hallmarks of American society"

How did you do?

(2) The Commission of Fine Arts (CFA) has reviewed designed for the 2015 and 2016 Presidential Dollars. http://news.coinupdate.com/cfa-recommendations-for-presidential-dollars-3217/